HTTP cache headers allow us to control how each type of file of a website is being cached in a user’s browser. When used correctly, performance will improve considerably for returning users of our site, otherwise, we could be caching indefinitely and hopelessly content and redirects, which in reality, we want to update.

How the HTTP cache works

Caching means storing a duplicate of the original data, for faster access the next time around. The HTTP cache consists in storing files of a website in the browser or an intermediate cache proxy, in a way that the subsequent requests of the same files don’t have to be retrieved from the server of origin. Instead, it is recovered from either the browser cache (which is rather fast, because the request doesn’t need to go through the network); or it gets retrieved from a proxy server (which in theory should be closer, or at least, quicker at serving files, than the server of origin is). This way, the second time around, the loading of all files of the website is done faster, saving server resources.

In an intermediate proxy the same files are cached for various clients, so a file requested by one user may not have to be requested to the server for another user, but it’s important to be careful and not end up caching personal data of a user who’ve logged in, as we don’t want to show the data of user A to user B. We can see a visual representation of how this works in the picture below:

The HTTP cache is configured with different parameters contributing information to the browser or to the intermediate proxy cache, on how the file must be cached or stored. Said parameters appear inside the protocol’s header, encapsulating the transferred file. We will save on loading time only if we have set up the HTTP header parameters correctly on the server. The configuration can be set up in many ways, we can set it to not request the file to the server when the page is loaded again, or we can configure the parameters to ask the server if the file has changed, and if it hasn’t, the server won’t have to return the file, it will only have to indicate that the file has not been modified with a 304 response code.

Let’s look further into which parameters and configuration options we have for each of them, but if you’re not interested in getting into this amount of detail, you can skip directly to practical use examples.

It is used to define the type of cache policy that is going to be used. It can be applied individually to each file, but more commonly we define a policy for each type of file. The values or rules we are going to use in the responses sent from the server are the as follows:

There are more rules, but they are for the client’s cache-control. We’ve already seen here the ones we’re interested in, as these are the ones that can be sent by the server.

It’s called a validation token. It’s a file hash (hexadecimal number that changes when the file is modified). For example, if the file expired on the cache, or a revalidation policy has been established to always revalidate if it’s updated, the client sends the value ETag to the server inside the parameter “If-None-Match“. And if it matches the one it has stored, it returns a 304 responde code (not modified), otherwise it will send the new file with a new Etag.

Must contain the last modification date of the file. When the client exists, in a similar manner to the previous parameter, the “If-Modified-Since” header is sent in the request with the latest date it received. If the server has a later date, it will return the file. If it doesn’t, it will return 304.

The existence of Etag and Last-Modified is mandatory for “no-cache”, “max-age”, and “must-revalidate” policies to work, as these parameters are necessary to revalidate the requests. So at least one of them must be there, although they can also be used simultaneously. If there isn’t any kind of validation, it means the full response will always be returned from the server.

Indicates if the content must be cached independently, based on whether some other parameter varies inside the request header. The values we use will depend on how the website was programmed. For example: “Vary: User-Agent” indicates that if the User-Agent parameter of the client request is different to a previous request (this happens, for example, when we “Request desktop site” in a mobile browser), then the browser will have to cache the returned result as a separate file (this way we cache the mobile and the desktop version). This is necessary on responsive websites, where the HTML generated in the server changes based on the user-agent.

Another example is if we use the value “Cookie” we are saying that the response is different when the client carries a different cookie, which can be applied when the page changes as a result of a cookie change.

We can indicate any HTTP header parameter this way, with the exception of “method”, as only GET method requests are susceptible to being cached. In fact, if we make a request for a cached file using POST, PUT or DELETE methods, it’s invalidated and the request is re-sent.

Clients supporting this protocol probably don’t exist any more. The protocol we more commonly will run into will be HTTP/1.1 or HTTP/2, so presently these headers are not necessary. It’s important to know what they mean, though, in case we do encounter them.

Expires is the old version of the “Cache-control” parameter, and it only allows to set the date on which the response expires. It’s not the same thing as the “max-age” parameter of “Cache-control”, which sets the maximum time starting from the moment in which the request was made. If the latter one appears, then the “Expires” value is ignored. Setting it to a past date is like saying that it should not be stored on the cache.

This header is used with the “no-cache” value to indicate that it shouldn’t be cached in the browser, which is the same thing as “Cache-control” with the “no-store” value.

Practical use examples: what cache headers to apply to each type of file?

Now I am going to explain the optimal parameters for the most common scenarios. For a better fit to a particular case, it is best you review all the available options described in the previous sections, especially with regard to the Vary parameter.

These are the HTML files we want to be updated as soon as they change, so the header we must set for these files would be:

Inside Cache-Control we will include the public or private rule, depending on whether the response can be shared with different users or not, respectively.

Another option would be to cache these files for a very limited amount of time, even if they changed. For example, for 5 seconds:

This solution is less aggressive, and would economise on resources in situations where the user reloads the page as soon as it’s been downloaded.

Images (including favicons), JavaScript and CSS files, and fonts must be cached for as long as possible, as these resources rarely change. If we want to force an update of any of these files, we can change their name and reference in the HTML. There are programming tools allowing us to generate a new version number or a hash in the file name automatically, and include it in the code. This is necessary to be able to cache for long periods of time, and synchronise the update of all caches of all files whenever we want. This technique is called fingerprinting, if we use a hash that is a digital fingerprint of the file. It is also called revving, if we use a revision number. When the developer doesn’t use an automatic tool to generate the file name and link it from the code, instead of fingerprinting, what they usually do is add a query string to the URL (for example: style.css?v=1), to avoid having to change the file name and updating the cache all the same. This is the best option, though, as proxy servers do not allow URL caching with query string.

The maximum time we can set is of 1 year.

In this case, it won’t matter if the client stores it on the cache for longer than necessary, because if we want to update, we will change the file name, and the must-revalidate rule will not be necessary.

Files that shouldn’t be cached

This situation only affects files containing confidential information about the user. We can use:

In this case we don’t have to indicate if private or public storage is allowed, because we are saying that it shouldn’t be cached. For security reasons, here we should be more strict and add “no-cache” to provide IE6 compatibility. It won’t hurt to also add the old “expires” header with a past date and “Pragma: no-cache”.

If we include files from external domains, their cache parameters won’t depend on our server, but on the server they are hosted. JavaScript files from Google Analytics, AdWords, and other APIs are files from external domains that should not be cached, as it wouldn’t be practical for all owners of websites using these scripts if they had to change the file name referenced from the HTML each time Google rolls out an update.

When we have scripts that do not get cached, or their cache time is very small, as in this case, automatic website optimisation tools like Google PageSpeed return a warning that there’s an error to be corrected, but the only solution there is to it is to download these files and serve them from our server, and it’s best not to do this, because then we would have a problem as soon as Google updates the code. This is one of those cases where it is best to sacrifice performance in favour of maintainability and reliability of the code.

301 and 307 redirects are permanent, so Cache-Control parameters are also taken into account. Be careful with this, because if we program a 301 redirect that isn’t correct, and the browser caches it for a year, there won’t be a way whatsoever to force an update on it. So the recommendation here is to not cache 301 redirects (we can simply use Cache-Control: no store, must-revalidate). Besides, we never know if at some point in the future, or after a failed migration we might want to return to the old URLs. If this happens, and we have old redirects cached, programming new ones could cause an infinite redirection loop in the user’s browser, hopping from one URL to another, back to the previous one and again to the next, until the browser returns an error.

302 redirects, however, being temporary, don’t present this issue, so cache parameters are ignored.

404 errors can also get cached, so the recommendation is the same one we’ve given for redirects: it’s best to avoid caching them, because if at some point we want a 404 URL to return results again, we don’t want some clients to keep the error cached.

As we’ve already seen in posts about JavaScript optimisation and CSS optimisation, Web Performance Optimisation is a complex subject, but the HTTP cache is relatively easy to apply, and it improves performance considerably. Other techniques, albeit complex, are necessary to ensure a good user experience, especially on mobile devices, so don’t let that discourage you and keep applying them on your projects. 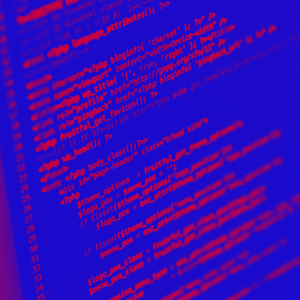 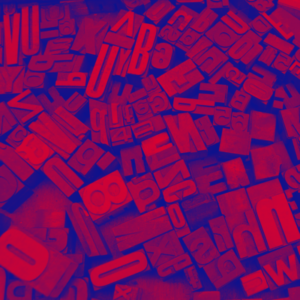 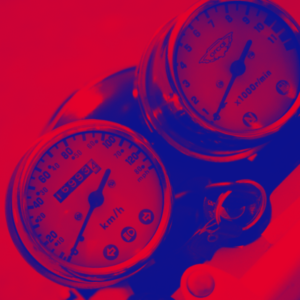 CDN: when and how to use one?