It’s been lengthily debated and confirmed over and over why Russian-speaking Internet users prefer using their domestic search engine, Yandex (60% share), instead of Google (40% share), the latter one being predominant in most countries all around the globe.

It doesn’t end there, however, and for today’s post we’re going to explore how much farther the differences go between Runet users and the rest of the Western world in terms of most-visited websites, focusing primarily on the most popular social networking websites in Russia and the Russian Commonwealth in the present day. With Brand Analytics’ figures in hand, we’ve been able to extract the following conclusions:

Given Facebook’s inevitable omnipresence and its more than a billion active monthly users, it doesn’t seem real that it isn’t as popular in Russia as one could think. However, VKontakte (which translated from Russian means “in touch”) or simply VK, takes the first place as the most-frequently used social networking site in Russia, Ukraine and Belarus, registering over 70 million daily users. Moreover, it is the second most-visited website in Russia after Yandex. The highest number of its most active users reside in Saint Petersburg, representing no less than 36% of the entire VKontakte user base.

It was launched in 2006 by Pavel Durov. During its early days, VK advertised itself as the “student’s social network”, but not long after that it began to expand more broadly and started publicising its service as a “fast, modern and comfortable way of communicating through the Internet”. Ever since then, it’s popularity sky-rocketed, and nowadays it’s a completely free service where anyone can easily sign up and set up an account. VKontakte is currently available in 70+ languages, and is considered to be the biggest European social networking site.

Its interface is similar to Facebook (saving the distances, VK’s layout is simpler and easier on the eye), as well as its core functions. Users can share an infinite number of pictures, links, videos, status updates, etc., all of which are open to be “liked” and commented by pre-approved contacts. Much like other social networking services, it also enables you to chat privately with your friends. VKontakte differentiates between “Groups” (communities) and “Pages”. The latter ones are mostly used by public individuals or businesses, whilst “Groups” aim to bring together users with common interests.

VKontakte is indoubtedly the most popular social networking site in Russia, with 70 million daily users on average.

The second spot in our list of the most popular social networking sites in Russia is occupied by Odnoklassniki (translation: “classmates”), also launched in 2006. It was born with the purpose of giving users the chance to find their former classmates and childhood friends. Same as VKontakte, this Russian social networking site is also highly popular among users from countries belonging to the former USSR.

Odnoklassniki is available in 13 languages, and since 2010 it’s free to sign up. Its traditional features are also similar to those of VKontakte: you can share pictures, videos, status updates… and create polls and pages. The biggest difference between these two services is that Odnoklassniki’s audience’s is older than VKontakte’s, as at least 24% of its user base is 25+ years old.

And finally it’s Facebook’s turn. Mark Zuckerberg’s social monster occupies the third spot as the most popular social networking site in Russia as of 2015, surpassing Moi Mir’s monthly users over the past year. Nevertheless, Facebook’s goal to become the most popular social networking site all around the world continues to be obstructed by its unstoppable competitor, VK. Still, slowly but surely it’s been gaining popularity thanks to mobile users.

The average age of Russian Facebook users also tends to be higher than VKontakte’s.

Moi [email protected] (translation: “My World”) is another Russian social networking site, and it’s part of Mail.ru’s web portal. Once we’ve signed up for a Mail.ru account, we can automatically set up a Moi Mir profile.

Born in 2007, it primarily functions as a microblogging platform. It’s commonly known as a Twitter and Facebook hybrid, and it was created with the purpose of helping users get in touch with their former classmates, old childhood friends, etc.

In the past year, its audience has been of approximately 22 million monthly users, most of which are women.

Another rather popular website that appears to be a frequently visited social networking service by Russian Internet users is this world-famous blogging platform. Russian users make up a large part of the total number of active LiveJournal users, and there we can find public diaries of celebrities, political parties, as well as other organisations and entities.

Lastly, Instagram is currently experiencing an incredible growth among Russian-speakers, surpassing Twitter in terms of popularity in the last year. Instagram is especially popular among women: 77% of some 2 million active Russian users identify as female, between the ages of 18 and 29.

Twitter, on the other hand, has been experiencing an irregular growth this year. Nevertheless, the average number of tweets published by Russian users exceeds 120.

These are the main social networking services used in Russia in 2015. At Human Level we will continue to monitor their evolution, to bring you the latest news on Social Media and International SEO. 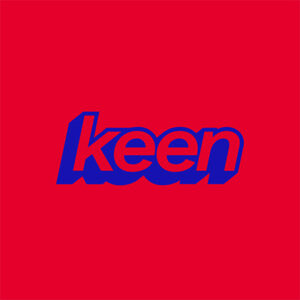