5 web technologies that are not indexable and obsolete

The technological advancements of the Web have always been implemented with backward compatibility in mind, so that already published websites wouldn’t stop working. However, given that’s it’s been evolving over the course of more than 20 years, many proprietary and open source technologies have become obsolete. Nevertheless, this is a good thing for SEO, as most of these technologies have never been indexable. If your website still uses any of the technologies we’re going to list in this post, you have good grounds for requesting the development of a new website. 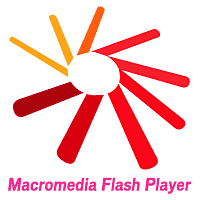 Flash technology, developed by Macromedia in 1996 and acquired by Adobe later in 2005 has been replaced by open web standards which perform the same functions and do it better, without the need for installing plug-ins, and with animation tools, like Adobe’s Animate software, which do not require knowing how to code.

Flash Player not only allowed to make animations, but also web applications. There was a development framework called Adobe Flex (and later, Apache Flex) with which we could make asynchronous calls like AJAX does, which nowadays are perfectly possible with a PWA (Progressive Web Application).

Google cannot index Flash content (files with .swf extension), it just indexes the files without knowing what kind of content they contain, and this is something that it’s going to stop doing shortly.

All current browsers come with Flash disabled by default, or directly uninstalled, and it requests the user’s permission to be able to run it. This is going to get even more complicated: Microsoft Edge has announced that it is going to stop being able to run Flash by the end of 2020, and this decision is in tune with that of other browsers as well, meaning it will become impossible for users to view any content using this technology. 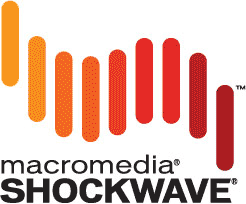 Adobe Shockwave Player was another plugin of the Macromedia suite, later acquired by Adobe. It allowed us to use 3D graphics on websites, their main purpose being the creation of video games. In April 2019 Adobe announced the end of this technology, as it was no longer running on Internet browsers other than the 32-bit ones. Once again, this technology has never been indexable, and it has been replaced by the same open standards rendering Flash Player obsolete, namely the HTML canvas element, WebGL and WebAssembly.

Another proprietary technology, which required installation of plug-ins in browsers and which ended up failing. By developing this technology, Microsoft wanted to compete with Flash and Flex SDK, and, same as those, it enabled animations and asynchronous calls for web applications. It appeared in 2007 and never got much popularity.

Presently, not even Microsoft Edge supports this technology, and obviously, Google doesn’t index it and never did. 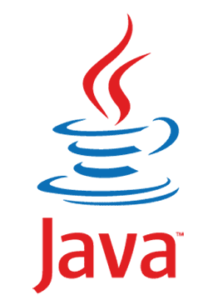 Java is a programming language requiring a virtual machine to run – Java Virtual Machine (JVM). When this happens in an Internet browser, this software is called a Java Applet. An applet is an application running within another one. In this case, the aforementioned web browser.

The execution of Java applets came enabled by default for the 1.0 version of the language in all browsers until 2001. This technology, full of security holes, was removed on Internet Explorer 6 and Netscape Navigator 7. From there on, JVM had to be installed by way of a plug-in in all subsequent browsers. Finally, due to security issues, this technology was blocked by default, and now to enable its use, we have to go to the security settings of each browser, which resulted in users desisting from trying to view this content.

Google doesn’t index or read Java, so it’s never been an SEO-friendly technology.

We mustn’t confuse Java with JavaScript, as JavaScript only shares a chunk of its name with it, because at the time its creators wanted to take advantage of Java’s fame to promote JavaScript, but they are completely different languages. In fact, JavaScript is indexable, albeit with certain difficulties.

<frame> and <frameset> tags were widely used in web design in the 1990s, when it was common to run into side menus with a scroll bar and main content with another scroll bar. However, nowadays, <frame> and <frameset> tags are no longer a part of the HTML standard, and we can do the same, and even more, with CSS, although there is no reason to: designs with scroll bars in the middle of a page aren’t very usable, especially on mobile devices. 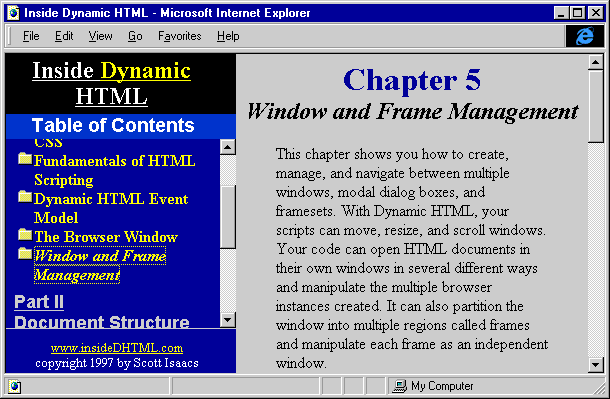 Indexing of pages with these elements results in URLs without content, and URLs with each part of the page indexed separately. That is, the menu and the content, each getting indexed with a different URL.

The <iframe> tag is allowed in the current HTML standard, though, and it’s useful for loading advertising on websites, without it interfering too much with the page’s performance. Nevertheless, its content won’t get indexed by Google, so this tag should never be used for loading content that is relevant for SEO.

In the case of 3D graphics or virtual and augmented reality, Googlebot cannot see the content created inside these elements, or interact with them. So, in reality, and for the time being, these technologies still aren’t indexable. Although we do know it can run them, so it is possible it may be storing a screengrab of the first image painted on screen.

In the case of content displayed after the execution of JavaScript and AJAX calls, Google does index it, though it doesn’t always have resources to do it.